A small intake of cocaine gives a feeling of euphoria, self-esteem, lack of interest in food, empowerment and a sudden flow of energy. Snorting cocaine have been found by some users to be helpful in carrying out intellectual and physical activities faster, while it might not be the case for some others.

HOW DOES SNORTIMG COCAINE WORK?

After snorting cocaine, the central nervous system is sped up. The cocaine makes its way to the blood vessels in the nose and then goes into the bloodstream; from there it is sent all round the body and then crosses the blood-brain barrier. The parts of the brain causing pleasure and reward will go through a change because the receptors in that area have been desensitized by the continuous increased levels dopamine that cocaine caused. These changes in sensitivity of dopamine receptor can lead to a failure in sending out sufficient pleasurable signals and reward as compared before the use of cocaine.

HOW FAST DOES IT WORK?

The ways people use cocaine largely depends on the speed the drug will get to the brain and the duration the effects will take to start acting. With snorting of cocaine, it takes a slower time to get to the brain than when it is smoked. Snorting the cocaine will take some seconds before the cocaine can get to cross the blood-brain barrier, but will take roughly 15-30 minutes before getting to the climax of its effects. Once snorted, the user feels some short-term effects stated below.

IS SNORTING COCAINE HARMFUL TO THE USER?

Using cocaine has consequences which has long term and short term effects on the brain and body.

Using cocaine for the first time can be dangerous to the user. As it is one of the major reasons for visits to the emergency room due to the harm it could causes in the heart, brain, lungs, and blood vessels and in some circumstances could lead to death. When cocaine is snorted for a long duration, it could lead to a lot harmful effects like:

‘A HOLE IN YOUR NOSE’ IS CREATED DUE TO SNORTING

Septal perforation (damaged nose) is one of the negative long-term effects that are caused by snorting of cocaine. It is also known as “a hole in the septum’. This happens as an effect of sniffing or snorting cocaine through the nose for a long period of time. This happens most to severe users of cocaine.

HOW DOES THIS OCCUR?

Once the oxygen levels are low, the lining of the septum begins to deplete and thus die with the cartilage that is underneath it. This then causes the hole in the septum. The support and structural base of the nose is the septum. When the holes are everywhere in the septum, the nose stops functioning.

Cocaine is a dangerous drug and overdosing is usually caused by the snorting of the drug. Most of the chronic dangers causing over dosage involves the blood vessels, the heart and the nerves. Heart attacks or irregular rhythm of the heart are triggered by cocaine, in some cases strokes.

The grade of cocaine is difficult to differentiate, as the buyer cannot tell if it is 100% pure cocaine or it is concentrated. Issues start arising when you have been so used to snorting a particular portion of concentrated cocaine and then suddenly take the same amount of cocaine. You would not be able to differentiate and thus leads to over dosing. If this occurs, it is best to seek medical assistance immediately.

However, if you are around a person that starts displaying any of the signs listed below, endeavor to get medical assistance as soon as possible, because they could be suffering from over dosing on cocaine.

The possibility of getting addicted to cocaine is present. Does not matter if the coke is injected, smoked or snorted, the capability of it getting to the bloodstream quickly and entering the brain is very present. The psychological effect of highness is achieved by producing a buildup of neurochemical dopamine.

HOW EFFECTIVE IS SNORTING COCAINE?

When seeking highness, snorting can be used. Although snorting cocaine is not as effective as smoking it, this is because of the slower and calmer euphoria it gives. 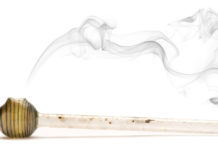