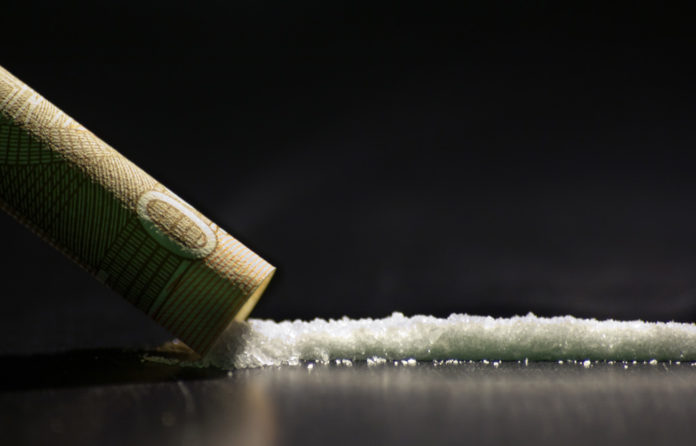 Some people claim that when you stop using cocaine, you have no withdrawal symptoms. But this is far from the truth.

While the use of cocaine results in feelings of vitality, exhilaration and confidence, withdrawing from it poses the opposite effect. When you stop using cocaine, the withdrawal is followed by a crash, overwhelming cravings, fatigue, unease, tetchiness, exhaustion and an inability to experience pleasure from your usual sources.

As it is also normal to feel paranoia and suicidal thoughts, recovering addicts should be monitored carefully for their safety. In most cases, depression is a symptom of cocaine withdrawal.

The wrong notion that there are no withdrawal effects probably comes from the fact that cocaine detox does not have the same physical ailments often associated with heroin and opiates detox. But like any other drug-addiction detox, cocaine addicts should start by getting intensive support to safeguard them during this difficult period.

This is the strong desire to ingest more cocaine. It is referred to as ‘experiencing cravings’ and it isn’t exclusive to cocaine addicts. In fact, it is associated with many other types of drug detoxification. These cravings are partly driven by the desire to reduce the anguish, and partly by the need to re-experience the pleasure of a cocaine rush.

The dysphonic mood – depression, anxiety and irritability – is a normal part of the cocaine detox process. It is the absense of the euphoria normally  experienced during a cocaine high. This feeling can be strong in the early phase of the detox, but soon passes after some time.

The feeling of extreme tiredness is a normal part of cocaine withdrawal. It often results from a lack of sleep and energetic activity when a person is high on cocaine, which becomes more evident when the drug wears off.

In spite of the fatigue, detoxing persons find it difficult to sleep due to the vivid unpleasant dreams they experience. In other cases, they may experience hypersomnia (too much sleep).

Cocaine use quickly depletes endorphins which is a pleasure hormone secreted during ‘highs’. Endorphins are meant to be released in limited quantities under normal circumstances, but are secreted excessively by cocaine. This deficiency causes a person not to show excitement when they normally would.

These cravings come in waves. At first they build up, reach a peak and subside. Stay strong during this time and ride out the wave instead of giving in to the desire. This too will pass.

Distract yourself by doing something to take your mind away from the craving. Make sure it is something active. For example, building a tree house, fixing that broken car engine, or gardening.

This is one of the most effective ways to take your mind away from the cravings. It releases endorphins, giving you more confidence and puts you in a lighter mood. Your bodily systems will improve and this will make it easier to distract attention from triggers and cravings. Begin slowly, especially if you are fatigued or weak. Avoid a substitute exercise addiction by exercising not more than 2 hours daily.

Most importantly, surround yourself with the support of family and friends.