Living with an addict is one of the most trying experiences that a person goes through. It is said that the loved ones of a drug addict may suffer just as much or even more than the addict themselves. The most pronounced emotion, is that of utter helplessness. Most people don’t know what to do when a loved one falls into the trap of addiction. Some people choose to offer unconditional support while others opt for a more hardline stance. Despite the different approaches, most people will pick either approach out of a desire to help someone they love but is this really the best way to go?

The tough love approach to dealing with addicts involves setting clear and deliberate boundaries and refusing to tolerate certain behaviours from the addict. At the opposite end is what is commonly referred to as enabling. This is when loved ones go out of their way to accommodate certain behaviours that come about as a result of addiction. Most people tend to shift from between these options in an attempt to make things better.

Tough love has commonly been touted as the best approach of handling addicts although there has been little proof that it actually works. One of the common principles of this method is to maintain a hardline stance with the addict until they hit ‘rock-bottom’. Hitting rock bottom is supposed to be a moment in the life of an addict that is so low or near-death that it forces them to make the choice to change.

However, this is easier said than done. The experiences of those who have chosen the tough love approach are never easy, especially when seeing a family member or friend descending further into addiction. Addicts will also go through many experiences that others would think were enough to call for introspection, yet still come out as addicts on the other side. Sometimes, rock-bottom never comes until the addict is dead.

The challenges of dealing with an addict have left people looking for an answer; a switch of some sort or a formula that they can use to solve the problem of addiction in a loved one. This is why many people take on either of the two extreme options. The truth however is that there is no such formula or switch. There is no simple solution to dealing with addiction.

How to set rules and boundaries

One of the mistakes made by people who adopt the tough love approach is to set rules only for the sake of having rules. It is important that there be rules in an environment where a drug user is expected to get better, but it is also important that the rules serve a clear purpose. Without this purpose, the rules become less about love for the addict and more about manipulation and attempting to force a certain result.

At the end of the day, most family members of addicts have had to accept the fact that the fate of the addict lies first and foremost in the addict’s own hand and trying to forcefully change that won’t have the desired effect. The most important thing is to create an environment that is safe for everybody. 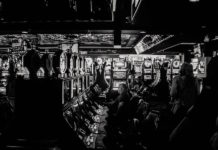 Dealing with the loss of a loved one due to addiction